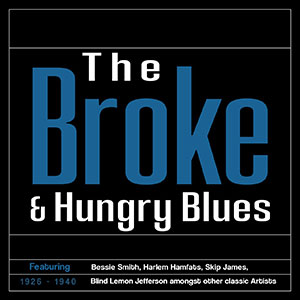 Living in America was tough in the 1920’s and 1930’s there was the Stock Market crash followed by The Great Depression and its aftermath. This was especially true for Musicians, whether you were black or white. Being broke and hungry was the norm for so many who fell through the cracks and ended up having to live by their wits, in a cycle of day-to-day survival. On this album are some of the greats including Bessie Smith, Harlem Hamfats, Blind Lemon Jefferson and many more, who lived through these times bringing a source of truth and empathy that the general populace could relate to. The struggle continues……..